Huge cinnamon rolls, stuffed with pecans and cinnamon sugar. Once they are baked to a golden brown you slather them with a rich,tangy cream cheese icing that is not too sweet - just right. These are not for everyday but special, once in awhile breakfasts and brunches!
Total time 2 hours 15 minutes
Jump to Recipe 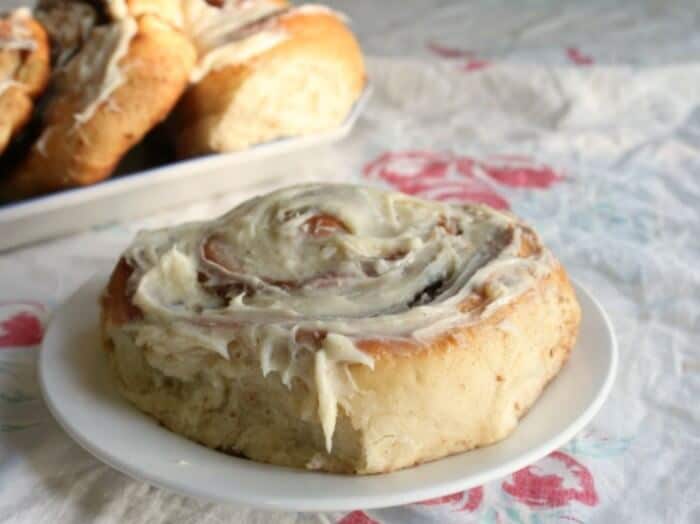 They are classic comfort food when done right but so much of the time we eat them half stale, purchased from a market. They do take a couple of hours to make but they are so delicious they are worth every minute. Yes, they are super high in calories and fat and carbs but you're not supposed to eat them every day. Save them for special times.

I almost hated to give the nutritional information because I figure that it will scare some of you off. Make them at least once - you'll never want any other kind of cinnamon roll again. The dough is rich and just sweet enough, buttery and soft. It's rolled around a thick, spicy filling of cinnamon, brown sugar, and pecans. Once they are baked and have a chance to cool a little you add the creamiest, tangy - sweet, gooey copycat Cinnabon icing you'll ever put in your mouth. Add it thick. In fact, you  might want to double the icing recipe.

If the pecan cinnamon rolls have cooled all the way it's best to warm them up for about 15 seconds in the microwave before you serve them. Once everyone has started to eat there will be a hushed, almost holy, silence. This is the moment to ask for anything you want - the dishes done, the house painted... 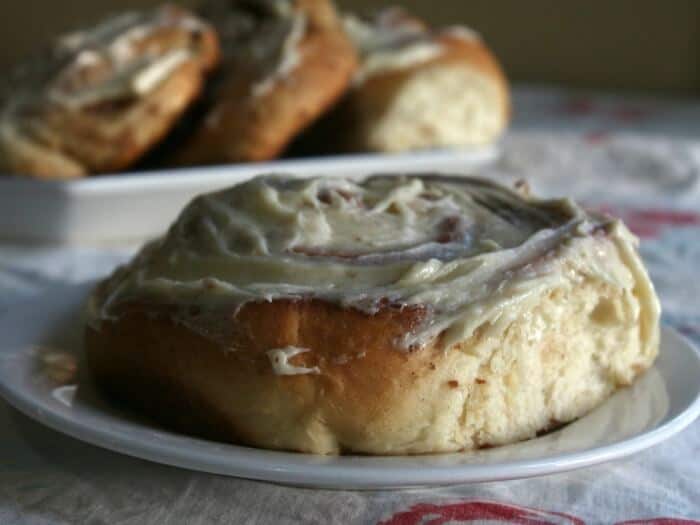 Yep, they are that good.

I have so many recipes for cinnamon rolls but this is my favorite. It always makes people's eyes light up, the aroma in the kitchen is amazing, and I happen to think they are the best I have tasted. Try them for yourself. By the way... that is a large salad plate in the picture. These are huge. You can make them smaller and get 24 out of the recipe but somehow they are not as good that way. 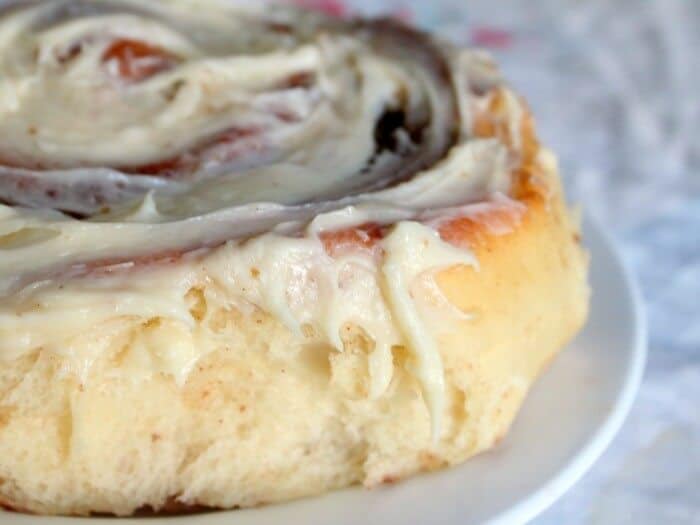 Vanilla salt is a flaked sea salt with vanilla beans in it to give it a vanilla flavor. It is not essential  but it does make a difference. The recipe includes links so you can find it easily. If you click on them and buy it I get a small commission which helps to support the blog and it doesn't cost you extra. So, thanks for helping keep Restless Chipotle up and running! 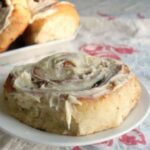 Print Add to Collection Go to Collections
Prevent your screen from going dark
Huge cinnamon rolls, stuffed with pecans and cinnamon sugar. Once they are baked to a golden brown you slather them with a rich,tangy cream cheese icing that is not too sweet - just right. These are not for everyday but special, once in awhile breakfasts and brunches!
Prep Time: 2 hours
Cook Time: 15 minutes
Total Time: 2 hours 15 minutes
Servings:12 giant cinnamon rolls
Author:Marye Audet-White
As an Amazon Associate I earn from qualifying purchases.

These freeze well without the frosting

If you liked Pecan Cinnamon Rolls with Cinnabon Icing you may also like...