Unique banana pudding recipe from scratch that has all the flavors of you favorite fluffer nutter... banana, marshmallow, and peanut butter! This is a unique recipe that mixes gourmet and comfort food perfectly.
Total time 20 minutes
Jump to Recipe

One of my favorite sandwiches when I was little was peanut butter, Marshmallow Fluff, and banana on toast. Even then I liked to have contrast in the food I ate — sweet, salty, crunchy, rich, creamy, sticky... you name it. I took that sandwich for lunch every single day. 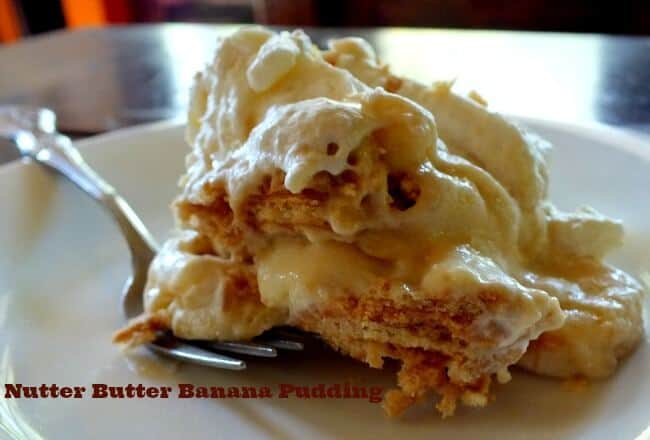 I never ever got tired of it. Back then there wasn't such a thing as unhealthy food. You just ate what your mom gave you and no dessert until you had eaten dinner, including the vegetables and glass of milk. No one asked what you wanted to drink — the choice was always milk or water. When you got to be a teenager you could choose sweet tea as well. No one asked what you wanted to eat, either. You got a hunk of meat, some corn or potatoes, some cooked vegetable like broccoli, and salad. A plate with several slices of Wonderbread was on the table, along with butter, and hot sauce. At my house there might be dessert but it wasn't likely because Mom was not an enthusiastic cook.

I can't tell you the first time I had banana pudding because I don't remember. I imagine it was well into my teens since it wasn't something on my mother's normal menu. I don't know but it became something on my menu for sure.

How many ways can you make a banana pudding?

The other day we were in the store and saw a display of Oreos and Nutter Butters. Marc says it was his idea and I say it was mine but whichever one thought of it is brilliant. (Me).

Banana pudding with Nutter Butters instead of 'Nilla Wafers. . 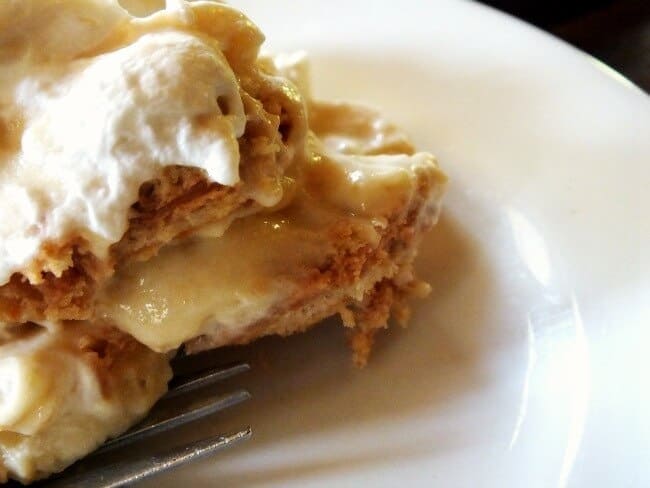 The banana pudding I make is rich and creamy but not extremely dense because I like to make the custard with egg yolks and then whip and fold the egg whites into the cooled custard to lighten it. It is an extra step but one that I think works well. 'Nutter Butters are laid down in the bottom of a casserole dish then covered with sliced bananas, then the custard. The layers are repeated and then a burnt marshmallow flavored whipped cream is drifted on the top. The flavors are those that I loved as a child and as quickly as this stuff disappeared I am guessing my family loves it now.

If you can't find the syrup locally you can get it on Amazon. There is an affiliate link in the recipe. Thanks for helping to support Restless Chipotle. 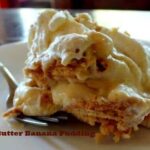 Print Add to Collection Go to Collections
Prevent your screen from going dark
Unique banana pudding recipe from scratch that has all the flavors of you favorite fluffer nutter... banana, marshmallow, and peanut butter! This is a unique recipe that mixes gourmet and comfort food perfectly.
Prep Time: 10 minutes
Cook Time: 10 minutes
Total Time: 20 minutes
Servings:10 servings
Calories:
Author:Marye Audet-White
As an Amazon Associate I earn from qualifying purchases.

If you liked Nutter Butter Banana Pudding Recipe from Scratch, you may also like...

Ultimate Banana Pudding Life with the Crust Cut Off