This fluffy, tender Southern Coconut Cake has a raspberry filling topped with the creamy coconut cream frosting between each layer. This rich, old fashioned coconut cake is perfect for Easter or any special occasion. You may also want to Check out these Easter Dessert Ideas! 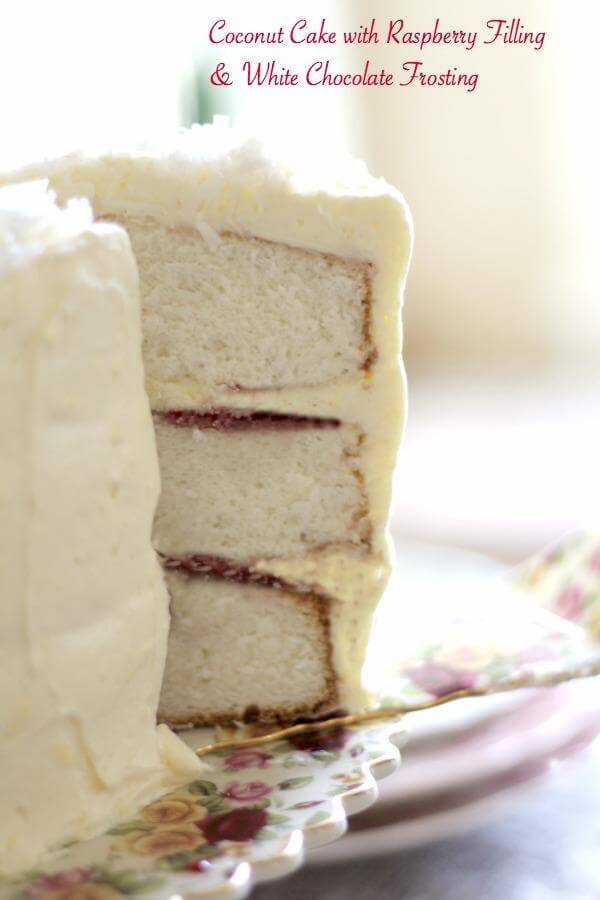 Nothing says Easter in the south like a towering coconut cake. It generally sits right next to the banana pudding and the pound cake on the dessert table. You can't just have any coconut cake -- it's got to be one that tops anyone else's coconut cake. Southern cooks are very competitive when it comes to cooking and baking skills, in case you were unaware of that fact. Holidays, church potlucks, and family reunions are prime times to show what you can do.

Well, if you were to set this cake on the table I'm pretty sure that the competition would be over.

I based this on a cake recipe from the 1943 Rumford Complete Cookbook. It's by the Rumford Baking Powder people and this particular book is the 35th printing! It was first printed in 1908. It's one of my favorites because there are handwritten notes and recipes all the way through. In fact, the whole reason that I thought of coconut cake was the faded, blue handwritten recipe in the flyleaf -- Cocoanut Bars.

So, you might be wondering how I could call this a Southern coconut cake when Rumford is in Rhode Island -- which is, if you know your geography, no where near the south. Well, the cake recipe wasn't originally coconut cake - I tweaked and adjusted until I got what I remember a Southern coconut cake tastes like. This has a delicate coconut flavor -- it's not as pronounced as some of the cakes I've made but it's definitely there. The real star of this show is the fluffy whipped cream frosting and filling. It is incredibly rich and creamy. The frosting looks like vanilla mousse when you are beating it, and honestly, the texture isn't much different, either. It would actually make the cake too sweet except the tangy raspberry jam just cuts right through and adds a blast of fresh summer flavor. 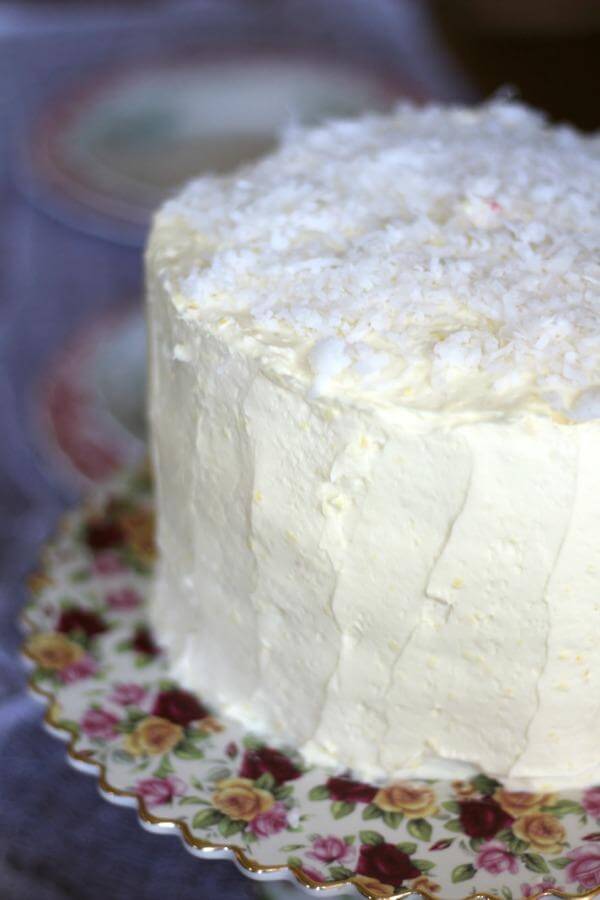 Once you start slicing the cake lay the pieces down flat -- don't serve them standing up. I had layers slipping off because of the height. And, don't forget to run a straw down the center of the cake to keep the layers from slipping. You can take it out when you are ready to slice it. Oh, and you'll need to keep it in the fridge. Let it stand about 30 minutes on the counter before slicing it.

Don't even use those recipes that start with a boxed cake mix. Making this coconut layer cake from scratch is so much tastier and really not that much more difficult. You'll have to whip up some egg whites but you can do that. Plus... 3 layers? No boxed cake is going to give you that.

If you are a little unsure of your cake baking abilities check out this post on everything Southern cakes written by a friend of mine. I'm talking about everything you need to know from start to finish, a plethora of recipes, tools you'll need... EVERYTHING. Just don't forget to come back here and give this coconut cake a try.

Get good cake pans. I cannot stress this enough. Cheap pans don't heat evenly, they don't last, and they're just not that great. I use the Wilton pans with high sides. And for cakes? You know... KitchenAid.

Here's that Southern Coconut Cake Recipe. I know you are going to love it! 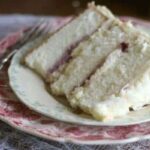 Part of Meal Plan Monday #99 - Check out all the great recipes!