Old fashioned bar cookie with a chewy bottom layer, chocolate layer, and a crispy meringue topped with peanuts. Perfect for those who love salty and sweet together.
Total time 45 minutes
Jump to Recipe

I have tried every way I can think of to research the beginnings of Hoosier Peanut Bars. The name sounds like something from the 1930s and I found out that a version of the bar cookies were entered into the Pillsbury Bake-Off in 1949 by Edgar Bleeke of Fort Wayne, Indiana. He won, by the way. 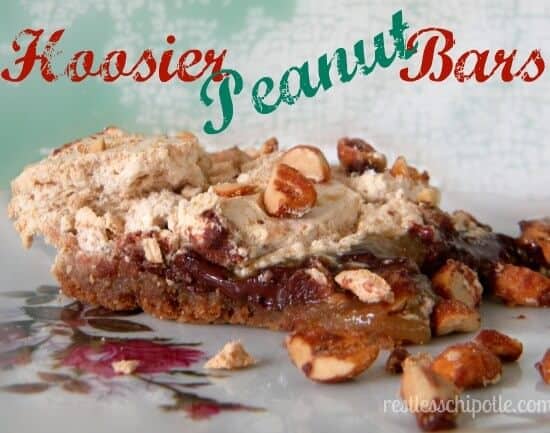 My version is based on a recipe from a 1950's cookbook put out by the Federation of Women's Clubs, who ever that was. It is a collection of recipes from all over the country and is truly falling apart on me. I love these old cookbooks. The recipes change from decade to decade and you can see how America's tastes have changed. I would love to say that they have evolved but in most cases that wouldn't be true.

I never was a big peanut fan until my dad decided to retire to Central Florida in the early 1970s. He had always been an avid gardener and so help me, the man could  jam an apple stem into the ground and grow apple trees. His thumb wasn't green - his blood was. Anyway, he decided that he was going to grow peanuts because he never had before and many of the people in the area did grow them.

He planted them and about four months later they were ready for harvest. I never thought about peanuts actually growing under the ground but they do - like potatoes. So there we were, spading up the plants and it started to rain because that is what it does in Florida. It rains. Almost daily.

I was maybe 14 at the time - not known for being particularly helpful around the house. I adored my dad, though and would do pretty much anything he asked. Standing in the rain, spading up peanuts is not a clean business at all. I won't bore you with the details but by the time we were done mud was smeared everywhere. We went to the barn area and hosed off the plants, looking forward to all of those amazing peanuts.

All six of them.

Truly. Six peanuts out of an entire row of plants. Wet hair, muddy skin and clothes, mud caked under fingernails, and all for six peanuts. Skinny peanuts at that.

He never planted them again and the next year we moved back to Texas and he planted sensible things like okra, green beans, beets, and corn. He and Mr. Peanut developed a pretty close relationship, too. A jar of Planter's peanuts was never far from his reach when playing Scrabble, Monopoly, or UNO.

I learned to like them because the memory was special. It makes me laugh. Now. All these years later. 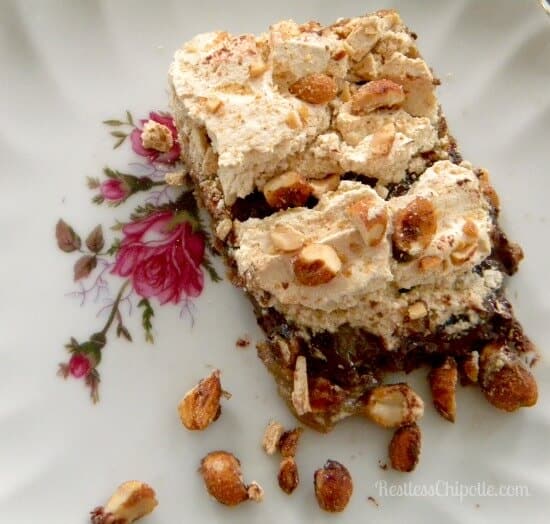 When you make these- because most certainly you will - appreciate the difficulty that someone endured to make it possible for you to enjoy peanuts.

In my research I came across several comments about people not being able to get the meringue to stiffen up and stand in peaks. I even read one site where the writer shrugged it off and said not to worry about it. 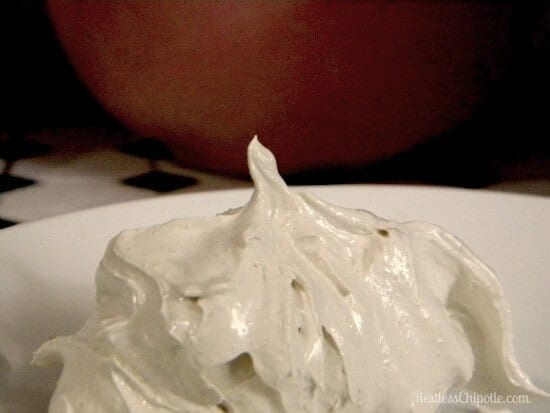 Worry about it. There is no reason you can't get the meringue right if you follow a few simple tips: 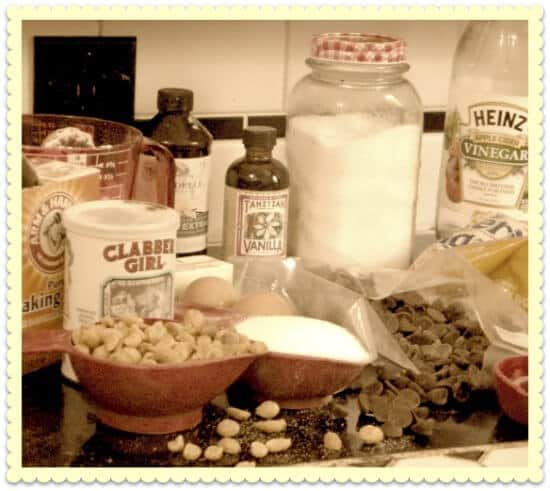 I also use both Tahitian and Bourbon vanillas in this recipe because the combination gives a nice depth of flavor to the recipe. 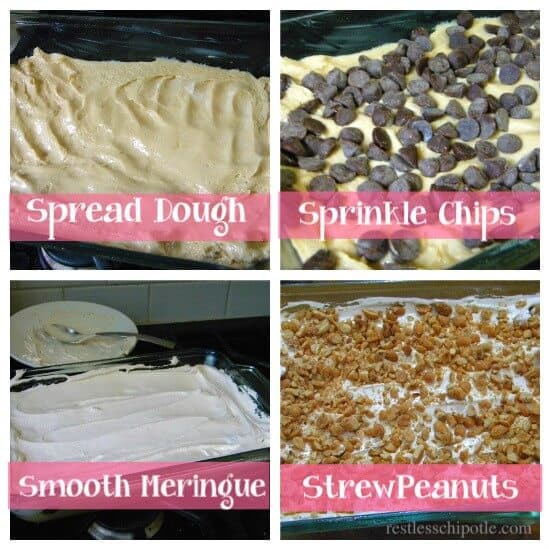 Follow the steps exactly and I think you will find that this recipe is easy, and soon becomes a favorite. 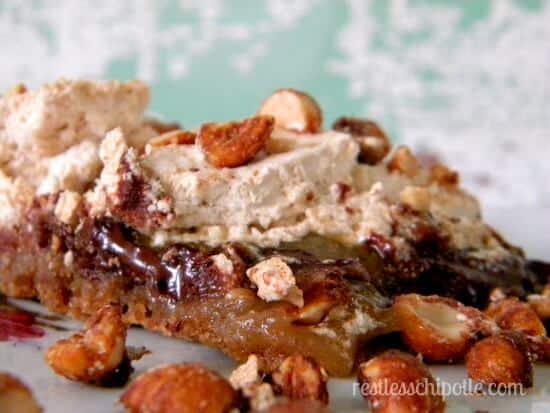 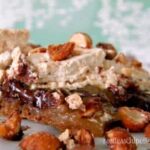