A few days ago my husband and I headed down to Collin Street Bakery in Corsicana, Texas to get some pictures and information for an article I am writing for a client. When I shared on Facebook where I was I got a lot of comments from readers -- so I decided to share my experience with y'all. Grab a cold glass of tea and come on along with us -- 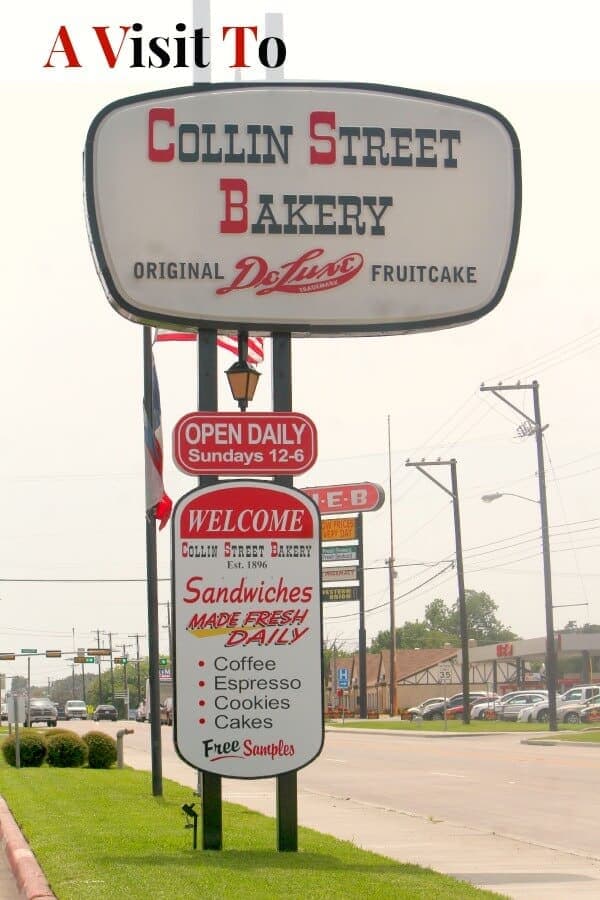 I have had such a crazy few weeks. As you can tell I had a lot of sponsored posts to get done -- yay for that because it's helping pay off Sean's surgery. Still, even though I am thankful and blessed by the extra income I am having a hard time keeping up with everything. I realized a deadline was fast approaching and I needed to decide how I was going to write an article for a client. I decided to see if I could get an interview with someone from Collin Street Bakery in Corsicana, Texas. It's about an hour from where I live and I hadn't been there in decades. I was nervous when I dialed the phone on the way home from the gym.

I don't know how you feel about things like that but I hate calling people I don't know. I always feel like I am going to be bothering them. I invariably say stupid things... and I usually feel about 10 years old.

Anyway, I was nervous but I called them and I ended up talking to Hayden Crawford, the spokesperson for Collin Street Bakery. He was really nice, even when I said my fruitcake was better than his (stupid comment as predicted).

This is the first thing employees see when they come to work.

In the Heart of Texas Country

Driving down I45 to Corsicana is relaxing. On either side of the highway are wide open fields and that big Texas sky bends right down to the meadows all around. Corsicana itself is a classic, small Texas town. There are areas of street where the concrete is worn away and you can see the brick roads underneath. There are beautiful old buildings. And, of course, there's Collin Street Bakery. You pretty  much smell it before you ever open the door.

We were there about 30 minutes early so we decided to have lunch in the little cafe. I had a latte and my husband had a roast beef and Swiss sandwich on Cheddar Bacon bread. Of course, I had to have a bite... or three. It was delicious! The cafe is tiny with just a few tables. The vintage ambiance is comfortable and relaxing, too. The floors are brown and cream colored tiles, there's wood stained beadboard on the walls, and all in all it's as easy on the eyes as it is on the spirit. 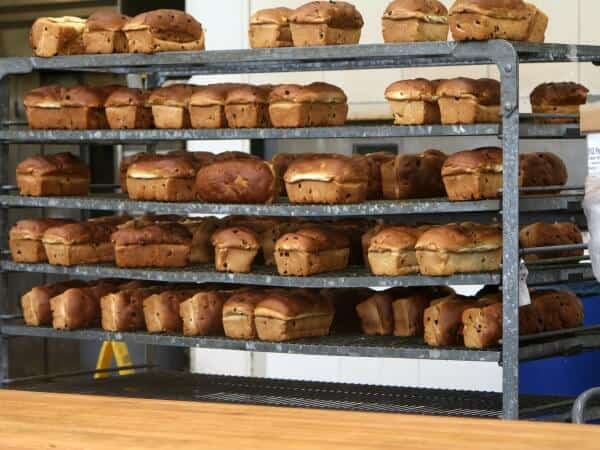 This bread made the room smell SO good!

In 1896 Corsicana, Texas was an oil boom town and the home of Tom McElwee, a business man and entrepreneur, and August Wiedmann, an immigrant German baker. The two of them got together and pooled their talents to open Collin Street Bakery. The little bakery was so popular that within a decade they had expanded plus added a luxurious eight room hotel on the second floor. The guests woke in the early mornings to the delectable aromas wafting up from the bakery below where Wiedmann was baking the day's breads, cakes, and other delights. It's not hard to understand why the hotel became so popular that it was visited by celebrities like Diamond Jim Brady, Enrico Caruso, and Will Rogers.

What Do Cinchona Coffee and Fair Trade Pineapples Have in Common?

The latte was fantastic. I found out later from Mr. Crawford that Collin Street Bakery actually bought a coffee plantation in Costa Rica where they grow their own, organic, coffee. It's incredibly smooth and robust with a silky texture and notes of chocolate and vanilla. It's called Cinchona® after the town. I know that it is organic, and I know that they also have a pineapple farm in Costa Rica which is Fair Trade certified. I am unsure whether the coffee is also Fair Trade but I suspect that it is. Which leads me to the next thing. 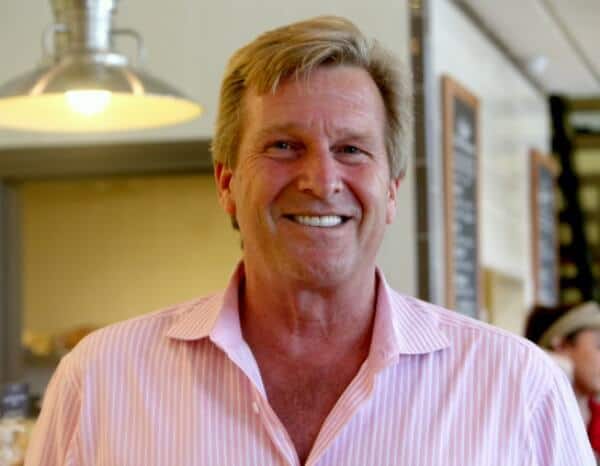 Hayden Crawford, spokesperson for Collin Street Bakery in Corsicana, Texas has a passion for the people and the product...and it shows.

A Passion for People and Product

One of the things that really stood out to me was the passion that Hayden Crawford had for, not just the business and product, but also the people who work there. As we were walking through the back where the famous Collin Street Bakery Fruitcake is made he stopped to speak to one of the women working there. She had apparently been away from work for some reason and he greeted her warmly and told her how glad he was that she was back. A few minutes later a man pulling a cart laden with flat boxes walked by as we were talking. The boxes slipped off and Crawford stopped to help pick them up. I learned a lot about Collin Street Bakery in Corsicana that day but my biggest takeaway was that this family owned company has genuine concern for its people. That's not something the government can mandate. If they care that much about their employees then it stands to reason they are as detail oriented with their products. These are the kinds of companies that I like to support. 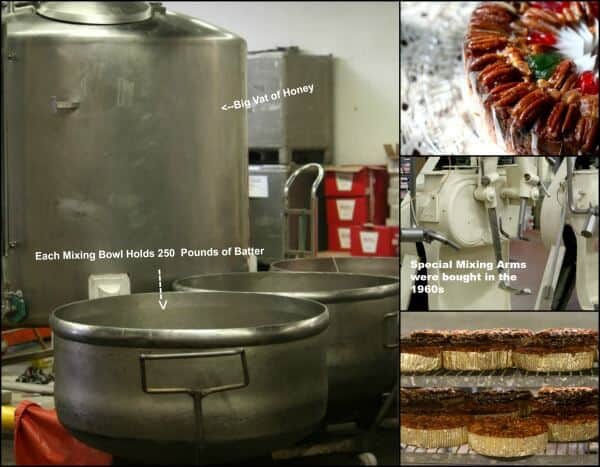 You Can Put How Much Batter in That?

Since this isn't the big season for fruitcake the work area was pretty empty. I hope to go back around the holidays and get some pictures for y'all of it all at full capacity. Hayden showed us the ovens and explained how the cakes move from station to station. The mixing bowls hold 250 pounds of batter and they can be wheeled over to the mixers when they are full. The mixers are unique. They were acquired in the 1960s and they aren't what you think of . It answered a question for me... you see, when I make fruitcake I mix it with my hands. Using a mixer with a beater would shred the fruit. It has to be handled gently. Well, these mixers have special attachments that mix the fruitcake batter just like I do with my hands. It's very cool.

It's believed that Collin Street Bakery is the oldest commercial fruitcake bakery in Texas. They send cakes all over the country and actually all over the world. They even send fruitcakes to Germany...which is crazy..that's where fruitcake originated. That would be like HEB sending croissants to Paris! 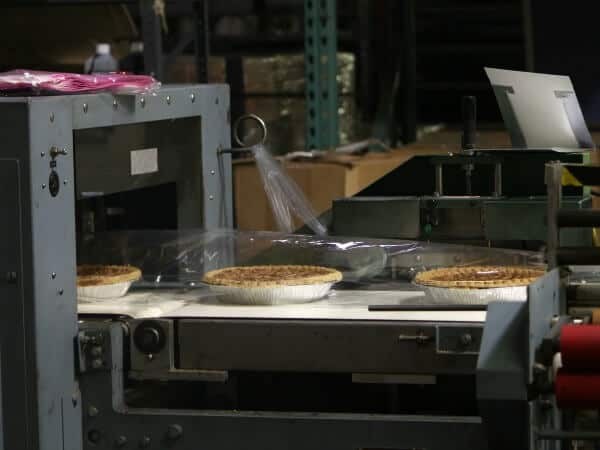 I'll be honest. I still think that MY fruitcake is better than theirs... but I'm not likely to start baking a bazillion fruitcakes and send them all over the world so I don't think they have anything to worry about. If you didn't know it, they also bake breads, cookies, cakes, and all kinds of things that are delicious. We sampled some cookies and ... dang! They're really that good.

Have you had any experience with Collin Street Bakery in Corsicana or by mail? Share in the comments below. I'd love to know what you think.

Just FYI, I was not compensated for this post. This post is sort of a by-product of the article I am writing for one of my magazine clients. We were given a fruitcake to bring home. You  know, full disclosure and all that.

Amelia Hotel at the Beach (Florida)

Easy Casseroles for Back to School