This moist, tender bundt cake is studded with maraschino cherries and soaked in bourbon and citrus for a unique, adult dessert.
Total time 2 hours
Jump to Recipe

Dense, tender bundt cake recipe is flavored with citrus and Maraschino cherries then soaked in a butter-bourbon syrup after it's baked.

If you are in a hurry click here to go straight to the recipe. 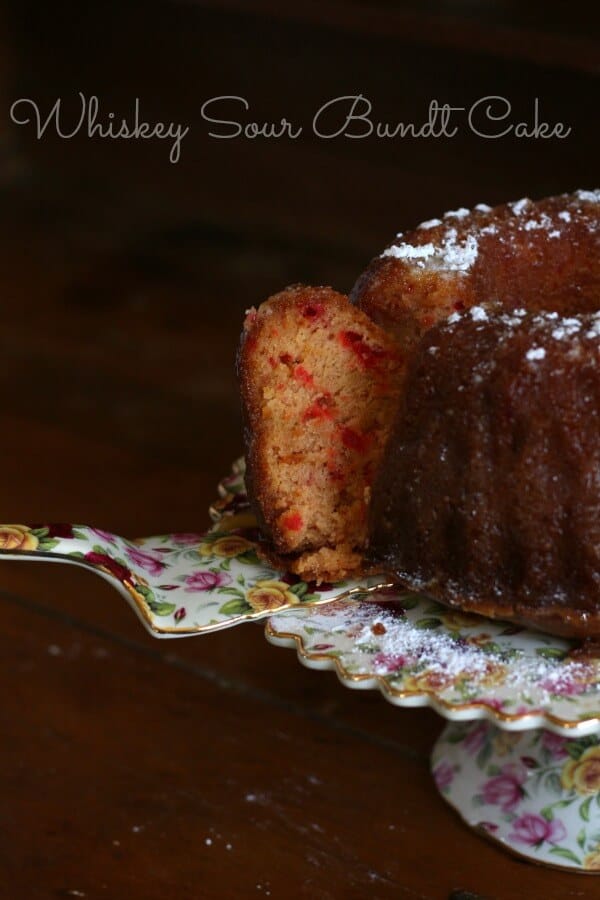 This bundt cake has all of the flavor of your favorite whiskey sour cocktail but without the telltale glass. You know what that means, right?

You can eat this for breakfast and no one will be the wiser!

I have to admit that I love a good whiskey sour. When I was little and my parents had cocktail parties (you see, I grew up during the Madmen years and yes, we had cocktail parties) I would steal the bourbon soaked Maraschino cherries out of the glasses when no one was looking. I seem to remember sleeping really, really well on those nights.

When I was 18 it was legal to drink. On Friday nights I'd get off work and head to the disco. I got to be really good at changing clothes and putting on makeup while driving down Northwest Highway in Dallas. I'd leave my retail job looking polished and professional and climb out of my car at the disco all glitter and glamor and ready to party. I fluctuated between two drinks depending on my mood -- the pina colada and the whiskey sour.

Back then, at the glorious age of 18, no one drank whiskey sours. They drank all kinds of drinks that were basically adult Koolade but Manhattans, martinis, and whiskey sours? Those were the drinks our parents drank. Not very cool at all. 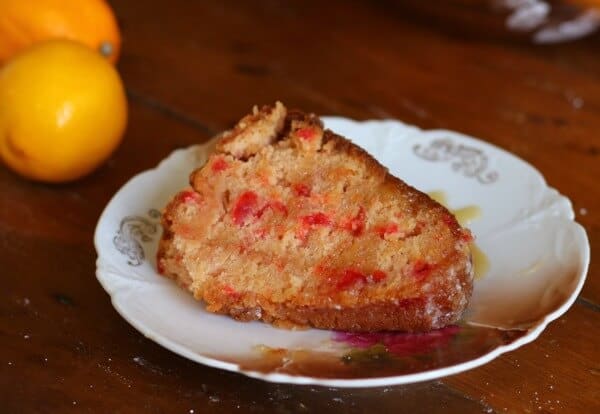 I've always been a rebel and the first time someone told me how weird I was for drinking whiskey sours I took it as a challenge and made that my drink of choice. I've never really been one of the cool kids and for a good portion of my life I haven't really cared. Now classic cocktails are back in style in a big way. They're being updated but underneath all of the blood orange, lavender syrup, and Meyer lemon those are still the drinks our parents and grandparents enjoyed in the Madmen days.

My whiskey sour bundt cake recipe is a tribute to that I guess. I first posted this recipe in 2009 about 10 days into my separation. It was the first bottle of bourbon (or any alcohol) I had bought in decades and I remember sort of sneaking into the liquor store. Looking back, I think that I instinctively grabbed for the cocktail that signified rebellion in my past and created something to push me into the future. Now days I am just as likely to have a vodka tonic as a whiskey sour - maybe I should make a vodka tonic bundt cake, too?

This cake is all kinds of dense yumminess. The cake seems like it bakes forever but the texture is just amazing. Once it's baked you'll soak it in your bourbon and butter syrup. It will absorb all of that flavor plus the syrup will keep it moist and tender. If you love a good whiskey sour you will absolutely love this whiskey sour bundt cake recipe... but you probably don't want to take it to the church potluck if you know what I mean.

The following are affiliate links. If you click through and buy I'll get a small commission which is used to keep the blog up and running. Thanks for being a part of Restless Chipotle!

This Whiskey Sour bundt cake recipe is guaranteed to stand apart from anything anyone else makes. It's unbelievably good! 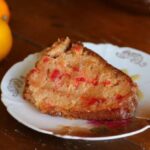