Birthday cakes are a fact of life around here. With 10 kids between Marc and I, a son-in-law, and three grandkids plus various friends we have birthdays nearly every month. Often they happen in multiples. Since my first child’s first birthday I have tried to make each birthday special and unique. Sometimes I don’t do so well and other times I do great – usually it is somewhere between the two. 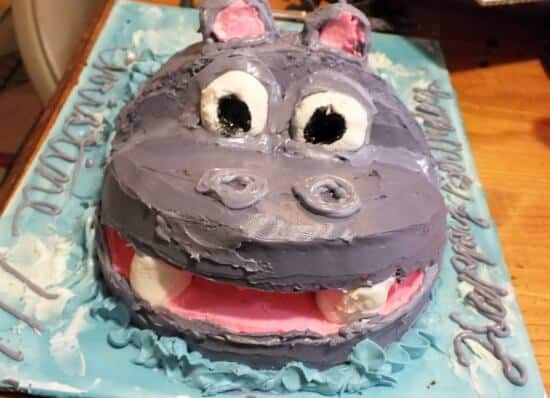 Erin, my oldest daughter, is often part of the planning – she and I have worked together on parties for so long that it is almost second nature. When we were planning my step-daughter’s party just before Christmas we finally decides on a hippo theme. Christine loves hippos and collects them so it was almost a no brainer. The only problem was how to actually manipulate cake into the shape of a hippo.

I am not Duff Goldman. Nor do I have tons of time to make cakes. With a baked cake you should be able to complete this in about two hours. It took me an hour and a half. 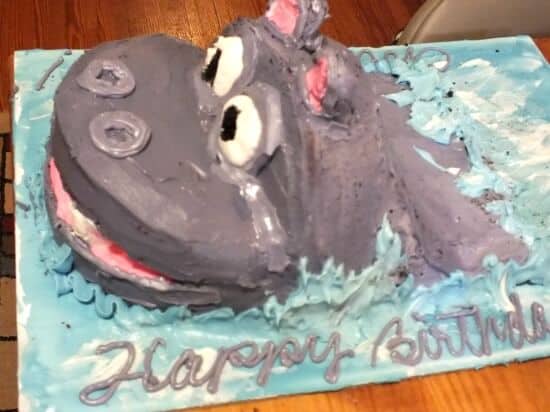 I actually did try to find a shaped pan. I thought it would be easier and less time consuming but there was no pan to be found. Ah, well.

I decided to use a 2 layer round cake, a small square cake, and marshmallows for the eyeballs and teeth. One of Christine’s favorite cakes is red velvet so I did the rounds in red velvet and the back in chocolate. Anyway, if you want to make one of these  you’ll need:

Instructions  for Assembly of the hippo birthday cake 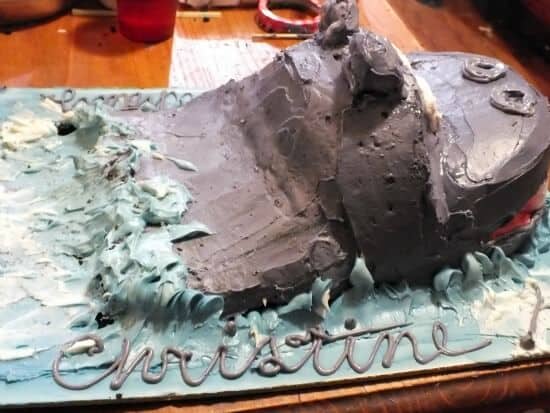 We used sort of a safari theme and used plastic wild animals in the decor. It did come out really cute… If you are decorating this and you have questions just check with me on the RestlessChipotle facebook page. I usually can get back to you almost immediately.

Finish your party out with these items from Amazon: