A sweet and spicy chicken curry that is simple to make in a crock pot. This recipes serves a crowd - you'll need a 6 qt slow cooker to make the recipe. It will feed 16 -20 people.
Total time 8 hours 15 minutes
Jump to Recipe

Country Captain Chicken is a traditional chicken stew that found it's way into southern cuisine in the late 1800s.. Its warm Indian flavors, combined with the knack southerners have for squeezing the flavor out of each ingredient, have made this easy slow cooker chicken recipe a favorite for generations.

I love old recipes. I like finding them in the vintage cookbooks I adore...especially if they are handwritten in the fly leaf. Country Captain Chicken is one of these. There just aren't many people that don't love it once they taste it - an old, old recipe for a chicken curry type dish that has been popular in the Deep South for over 150 years. 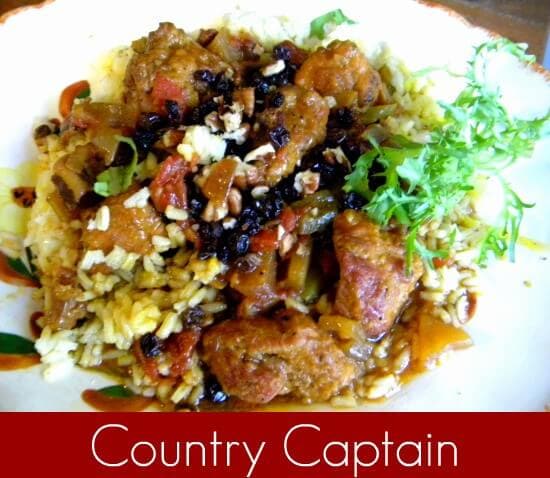 What I wanted to see was if I could make it work in a slow cooker and if I could spice it up just a little. I started with a recipe that I had seen in Saveur. 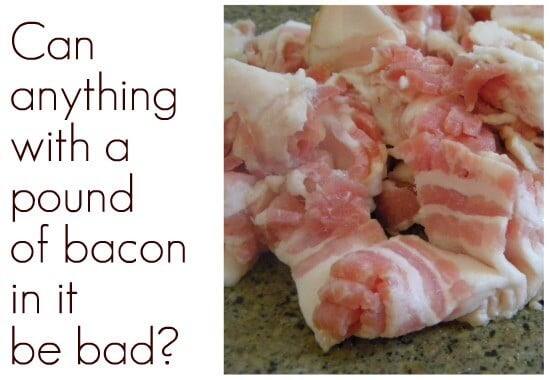 I also used, yes, a full pound of bacon. The smoky flavor meshed well and because I was using chicken breast the extra fat was a good thing. I also added a little jalapeno for bite. In retrospect I think chipotle would have been better and I will do that next time. The flavors here are warm and fresh, exotic and comforting all at the same time. It is a nice introduction to curry flavor for those that have not had it before.

I used my crockpot. It just made it simple and kept the kitchen cool.

Before the chicken went into the crockpot I dredged it in flour and sauteed it in the bacon fat. This gave it a great color and flavor that held throughout the cooking time. I really think it was an important step.

You want to serve this with rice or even couscous. The meat is tender and the vegetables slump together in a melange of warm camaraderie. A sprinkle of toasted pecans on the top of each serving adds nice texture and a little flavor boost. I made my 6 qt crockpot full - but don't worry... it freezes great! 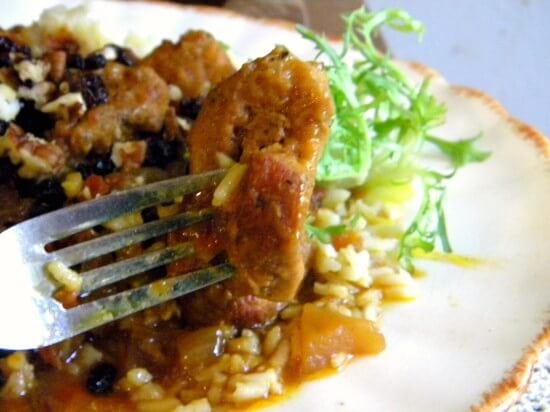 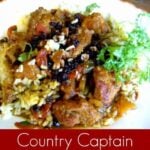 Print Save Go to Collections
Prevent your screen from going dark
A sweet and spicy chicken curry that is simple to make in a crock pot. This recipes serves a crowd - you'll need a 6 qt slow cooker to make the recipe. It will feed 16 -20 people.
Prep Time: 15 minutes
Cook Time: 8 hours
Total Time: 8 hours 15 minutes
Calories:
Author:Marye Audet-White
As an Amazon Associate I earn from qualifying purchases.

Easy Casseroles for Back to School